Recall that the DMW boss had unfollowed the ‘Zazoo’ singer during the Osun state governorship campaign.

Portable had thrown his weight behind Oyetola, the APC gubernatorial candidate who was running against Davido’s uncle, Ademola Adeleke.

The two music stars have apparently buried the hatchet as Portable excitedly takes to his Instagram page to reveal that Davido has followed him back.

Cardi B discloses explicit texts she sent to Offset in the…

The Anikulapo film by Kunle Afolayan is rejected by the… 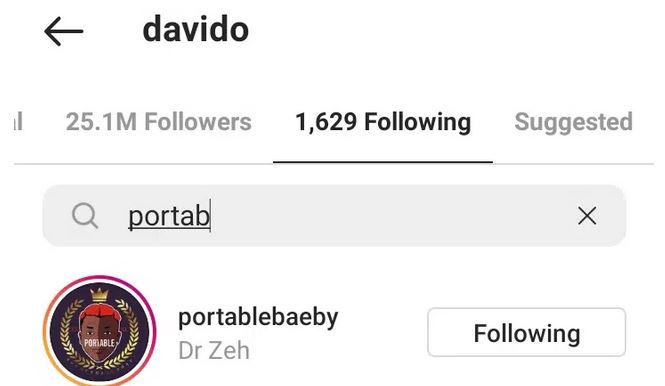 Nigerians’ reactions to Phyna winning the reality competition on BBNaija

7 outstanding highlights from the “Level Up” season of BBNaija