Is Wizkid going through a difficult time or depression? Watch What He Did

Wizkid don delete all him pictures & everything related to MIL on his IG page.😲 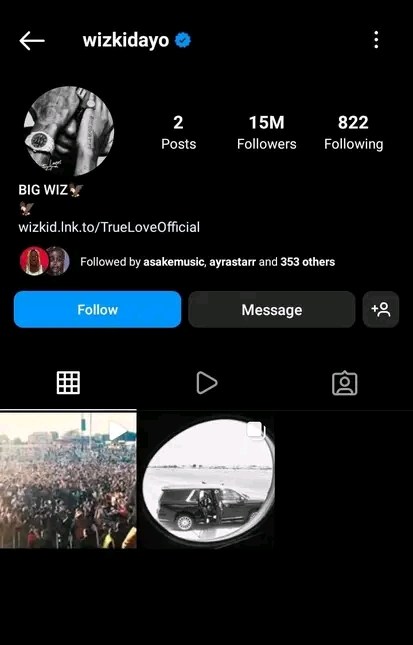 Made in Lagos is the fourth studio album by Nigerian singer Wizkid. It was released on 30 October 2020 by Starboy Entertainment and RCA Records.

The deluxe edition was released on 27 August 2021. It features additional guest appearances from Buju and Justin Bieber.

In support of the album, Wizkid embarked on the Made in Lagos Tour (2021–2022). The album received a nomination at the 64th Annual Grammy Awards for Best Global Music Album.

What could make him delete all his pictures and everything related to MIL off his IG page.

Is Wizkid Going Through Depression or Hard Time?