Actress Mary Njoku has criticized wives who praise or thank their husbands for helping them with basic household tasks that they are expected to assist with.

She claims that these wives are the root of their issues.

The majority of men are not known for helping their wives with childcare or other menial tasks, so when they do, the women tend to compliment them.

Mary however, believes it’s inappropriate because it’s something that men should be doing naturally.

Cardi B discloses explicit texts she sent to Offset in the…

Then Mary Njoku offered an example of how a friend of hers was complimenting her husband for simply clearing his plate after eating. 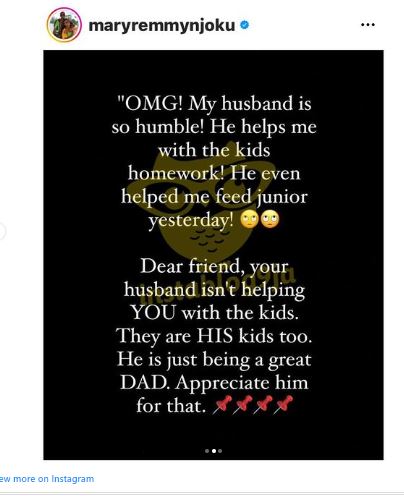 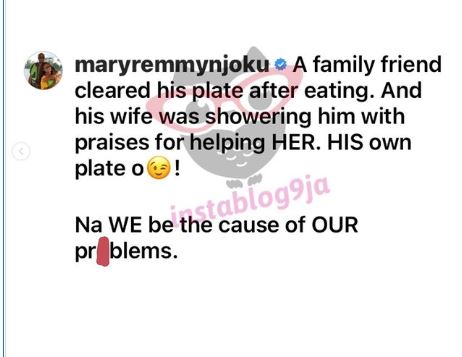 Nigerians’ reactions to Phyna winning the reality competition on BBNaija

7 outstanding highlights from the “Level Up” season of BBNaija

Mike “Boogie” Malin the winner of Big Brother US…