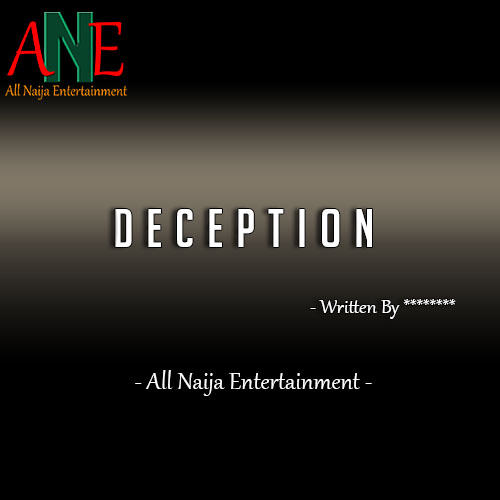 ‘Babe.’ I screamed out as she looked at me with blood on her face

She looked as if she was in shock, I pulled her close and held her really tight.

‘I was scared, I thought I had lost you.’ I said with tears streaming down my eyes

‘We don’t have the whole day, Felicia clean up, and Justin help me with her body.’ Chimuka said as she handed me gloves

‘What are you doing here?’ Felicia finally managed to ask

‘I will explain later, now clean up and some guys will come to do a thorough clean up once we leave.’ She said as she wore her gloves

Felicia ran to the bathroom and cleaned up whilst we picked up Wane’s body and covered it in a black plastic bag and put it in a canter that was packed just behind my house.

The guys she mentioned earlier came and cleaned up, after thirty minutes the house was back to its normal state except I had questions and Felicia looked like she was about to lose her mind.

‘Without wasting much of your time, so you have my full names and you also know that I once worked for Wane and the President. They promised to give me a piece of my little haven if I managed to bring you down but I guess since I failed they won’t hesitate to end my life.’ She began

‘I have nothing to lose, I like you two. You are good people and if at all you die I want it to be a natural death and not because someone had a hand in it. I followed Wane since the day you kicked me out and when she came here I knew it wasn’t going to be good.’ She said before pausing

‘Aren’t you scared that someone might have found out? About this operation?’ I asked

‘Her private investigator is on a ship to Asia, I paid him really well.’ She said

‘And the money?’ I asked her

‘They had paid me in advance for the job, I figured I didn’t need it.’ She said

We all kept quiet without a word.

‘So Felicia you will remain here and be the good wife that you are, tomorrow you will go back for work and pretend that nothing happened.’ She told her

‘Drink this.’ She said handing me a cup with some green fluid

‘Nothing dangerous, just a drug to get you sick to the stomach. You will drive back to the clinic you did the test from, am sure the doctor jolted down some things. Make him admit you and make him also call your secretary. No one will suspect you.’ She said

‘I will take care of it, just prepare yourself for a national mourning.’ She told me

I did as ordered, I gave Felicia the Sachet I had in my pockets and explained what the state had been doing to me all this while. I waited for Chimuka to drive out using the back yard and I drove back to the clinic where I met the doctor that didn’t even recognise me.

I called my secretary and explained to her that I wasn’t feeling okay and I had been put on bed rest at a certain clinic and wouldn’t return to the office until the next day.

I had made a lot of mistakes in my life and I was prepared to correct them even if it meant putting my life on the line. I drove to Wane’s street and parked just a few metres away from there. It was a high profile street and had a lot of security so I had to wait till night fall to dump her body.

At exactly 21hrs, I got out slowly and lowered her body on the ground with a note written with a stick in her blood that read; ‘Evil births Evil.’

I drove out into a secluded area where I had parked my car and set the canter on fire before driving off.

I was in my office hosting a meeting with a few dignitaries when I got a call from Wane’s husband. I clearly remembered her words on one afternoon after signing a big deal.

‘You know Mr President, if you ever receive a call from my husband; consider me dead.’ She had said

‘Oh please, I am dying earlier than you.’ I had told her as I stared into her beautiful eyes

‘No, I will die earlier than you. I have made quite a number of enemies and I wouldn’t be surprised if anyone took me down today.’ She continued

‘If anyone ever dares to lay a hand on you I swear I will bring down the whole country until I find them.’ I assured her as I clinched my hands into a fist

‘No Sir, if at all someone takes me down, that person would have been smart. They would have a good reason too. Remember I am not careless.’ She replied

‘I will still hunt them down.’ I assured her

‘Listen to me, if you dare try to find my killers it will be the end of you too. The person who would have guts to kill me would know so much about us.’ She said running her hand on my belly

‘I can’t imagine a life without you.’ I said kissing her forehead

‘Just promise me that you will honour that.’ She said looking straight into my eyes

‘Can we stop talking about death?’ I asked as I got on top of her

She laughed so hard…I could still hear her laugh, so sweet and vibrant, carefree and full of humour.

‘Mr President Will you take that?’ one of the men in the room asked disturbing me from my thoughts

‘Oh sure.’ I said as I stood up to answer from the bathroom

‘Mr Musoni.’ I said before clearing my voice

‘Mr President.’ He responded leaving an awkward silence between us

‘We found Wane’s body this morning…’

I did not let him finish his sentence, the phone dropped to the ground and a darkness clouded my mind. The last thing I heard was